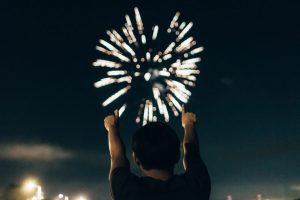 The city of Corinth was the Las Vegas of the ancient world. It was located on an isthmus that allowed sailors, merchants, refugees and adventurers from all over the world to mix together, blending their customs and ideas. Corinth was rich with agriculture and a variety of export products. The city had adopted a “pleasure now” philosophy and nearly anything went in this party city. There was a saying; “Not everyone can go to Corinth,” meaning that if you were lucky enough to visit Corinth, live it up!

According to one commentator, “It must be remembered that Corinth was one of the most wicked cities of ancient times and that the church was surrounded by heathen customs and practices.”

While this environment certainly made for some unique challenges (where else would you have to specifically tell a church member that sleeping with his step-mother was a big “no-no”), there were some notable bright lights in the city. The apostle Paul started a church there on his second missionary journey. Priscilla and Aquilla, the spiritual power-couple who were themselves refugee having been expelled from their home city, were leaders in the Corinthian church. They mentored a talented and bold evangelist named Apollos, who had a thriving ministry.

As we study the first letter from Paul to the church in Corinth, we will find that we have a lot in common with them. We also live in a time of moral relativism, of a watering down of the truth of scripture to supposedly cast a wider net in the world, of people following Christian authors/speakers/celebrities closer than they are following Jesus.

But here is the good news that we can find in this book: that’s not us! We seek to honor God with our lifestyles, we study scripture diligently as students of truth, we are guided by those teaching sound doctrine, but align everything we hear with the word of God.

Like, Priscilla, Aquilla and Apollos, we were meant to be bright lights where ever we are.