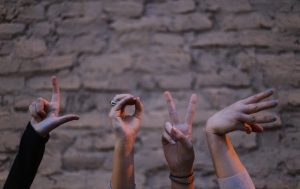 In 1 Corinthians 5, Paul addressed an issue that we would more likely find in a trashy daytime drama than in church, but there it was. A member of the Corinthian church was sleeping with his father’s wife.

The Greeks were extremely tolerant of nearly all sexual situations. In fact, there was a Greek saying; “Mistresses we keep for the sake of pleasure, concubines for the daily care of the body, but wives to bear us legitimate children.” Clearly, nearly anything went. However, as Paul noted, this situation was so egregious that even the pagan Corinthians would have found it taboo.

The church in Corinth, however, apparently thought nothing of it and didn’t say a thing to the man or his step-mother in rebuke. They even took some pride in their tolerance. After all, they were under grace now and were no longer bound by the law.

We may wonder why Paul spoke so often about sexual sin. It was not because Christians had some hang-up about it. “It is because the area of sex was one of the most dramatic places where the ethics of Greek culture clashed with the ethics of Jesus. Sexual immorality was an accepted fact of life for the common person in Greek culture, but it was not to be so among the followers of Jesus (David Guzik).”

Paul is clear that whatever is happening in the world around us, we must still live holy lives and expect those in our Christian communities to do the same, for our own spiritual health, as well as the health of our churches.