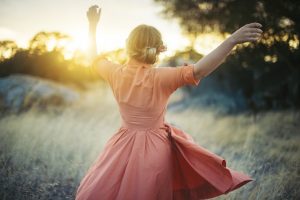 In Philippians 4:12, Paul wrote, “I know what it is to be in need, and I know what it is to have plenty. I have learned the secret of being content in any and every situation, whether well fed or hungry, whether living in plenty or in want.” The Shunammite woman, found in 2 Kings 4, had also learned that secret and she can help us learn it too.

One the Shunemmite woman’s secrets of contentment was that she had her eyes open to the needs of others. When she noticed that the prophet Elisha needed a place to stay when he was ministering in her area, she had her husband build a room for him in their house.

Many Christians struggle with finding their “calling” in ministry, but true ministry is not complicated! True ministry is doing what this woman did, we keep our eyes open to what need God puts in front of us, and then we use the resources that God has provided us with to meet that need. It’s that simple.

Elisha was so blessed by her ministry to him that he offered to ask the king or the commander of the army for anything that she wished. Anything! That is when the Shunemmite woman revealed another of her secrets to contentment- she knew that more stuff would not make her any happier. She politely declined Elisha’s offer explaining that she was satisfied with what she had.

Elisha’s servant reminded Elisha that the woman from Shunem didn’t have the one thing that every ancient woman needed. She didn’t have a child. Furthermore, her husband was so old (v. 14), that everyone knew that she would never get pregnant. Realizing that his servant was right, Elisha promised this good woman that God would give her a baby boy.

A child was too much to hope for. This woman knew the impossibility of her situation and had stuffed the dream away and focused on the good things that she had in her life. Bringing the thought of a baby up now was too painful. “No, my lord. Man of God, do not lie to your maidservant,” she cried. But our God routinely does more than we can ask or imagine (Ephesians 3:20) and within a year this sweet woman was holding a baby in her arms!

Years passed until one day her child suffered some sort of medical emergency (most likely sunstroke) and died in her arms! During the greatest tragedy of her life, the Shunammite woman taught us her final secret to contentment. She refused to panic and chose to trust God. She ran straight to Elisha and begged him to seek God on behalf of her son. He did, and God healed the boy.

First Timothy 6:6 says, “Now there is great gain in godliness with contentment.” We would do well to learn the Shunammite woman’s secrets to contentment. First, we should deliberately take our eyes off of ourselves and look up (to God) and out (to others). Second, realize that “stuff” is a resource to be used for God’s glory, but will never make us happy on its own. Finally, refuse to panic in difficult circumstances and instead believe that God was telling you the truth when He promised you that He would supply all of your needs according to His riches and glory (Philippians 4:19). Learning these three secrets will bring us more joy and peace than we ever thought possible.