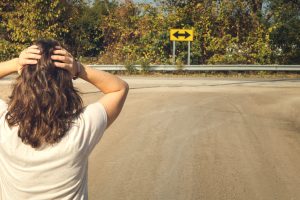 Now that he’s in the fourth grade, my son is starting to think seriously about his future.

“Mom,” he asked me recently, “do you think I should go to the NBA or the NFL?”

I said, “Clayton, I think that you should find out what God wants you to do and then do that. If he wants you to play professional sports, then He will open those doors.”

“If I ask God, He’s just going to make me be a missionary somewhere,” Clayton replied dejectedly.

I burst out laughing! Why are we like that? Why do we automatically assume that God is against us?

The very last chapter of First Kings records a story about King Ahab (super bad king of Israel) and King Jehoshaphat (mostly godly king of Judah) trying to decide if they should go to war against a certain city.

“First, please ask what the Lord’s will is,” said King Jehoshaphat. (1 Kings 22:5) So, King Ahab got together 400 prophets who all said the same thing. Go and be victorious! (We might assume that since King Ahab’s wife had waged war against the prophets of God, killing all in her wake, these weren’t prophets of Jehovah, but the Bible does not specifically say that this is the case.)

King Jehoshaphat was seriously suspicious and asked, “Isn’t there a prophet of the Lord here anymore? Let’s ask him.” (vs. 7)

King Ahab’s reply is hilarious in its honesty. “There is still one man who can inquire of the Lord, but I hate him because he never prophesies good about me, only disaster.” (vs. 8) King Ahab would rather go into battle believing a lie, then find out the truth that could save his army from a disastrous defeat. It was the death of him. (Literally. He died in that battle.)

Aren’t we sometimes like King Ahab? We don’t want to hear God’s views on certain matters because we already have our own strongly held opinions. We find the Bible an inconvenient truth. But it’s not! God is not the big killjoy in the sky. King David wrote, “This I know: God is for me.” (Psalm 56:9) Knowing and living His truth, will set us free.