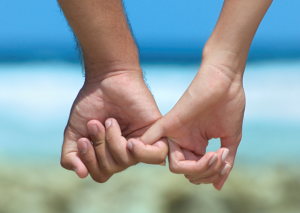 The time of the Judges in scripture was complicated. On one hand, everyone was doing what was right in their own eyes (Judges 21:25), which led to widespread societal evil, followed by God’s judgment against the nation over and over again. On the other hand, God kept showing up in surprising ways.

One of the people whom the Angel of the Lord personally spoke to during this time was Manoah’s wife. She, like many prominent women in scripture, struggled with infertility and the Lord promised her a son. Not just a son, but a son who was to be so set apart for God’s use that even while she was pregnant with him, this mother would have to adhere to a strict dietary code that would follow him throughout his life. Naturally the woman was so excited about what she had heard that she quickly ran to tell her husband.

To Manoah’s great credit, he instantly believed his wife. Instead of dismissing her wild story, his first reaction was to believe that she was telling the truth and realize that this was such a big assignment that they would need some more information. He prayed an inspiring prayer; “O my Lord, please let the Man of God whom You sent come to us again and teach us what we shall do for the child who will be born (Judges 13:8).”

I am completely in awe of that prayer, are you? They were asking God to teach them how to raise a child who wasn’t even conceived yet! It reminds us of prayers that Moses prayed at the beginning of his leadership and that Solomon prayed at the beginning of his reign as king. Our spiritual assignments (and parenting certainly is a spiritual assignment) should be bathed in prayer from the very moment that they come to us.

This prayer also speaks of a partnership; come to “us” again, teach “us” what we shall do for the child. Though the Angel of the Lord had appeared only to the wife initially, neither of them assumed that this great assignment from God was just for one of them. They were a package deal, this couple.

Andy Stanley wrote, “Your greatest contribution to the kingdom of God may not be something that you do, but someone you raise.” It’s true that the hand that rocks the cradle rocks the world. These parents would raise a child with an extraordinary gift and purpose, but his success in life was tied to his mother’s wisdom and obedience, and she needed God’s guidance just like you and I.

In everything that we do we should head the wisdom of the Psalmist who said, “Look to the Lord and His strength. Seek His face always (Psalm 105:4).”