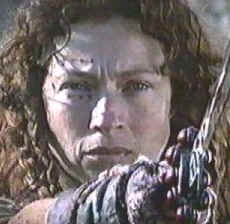 There are certain women in scripture who get all the press. Mary was gentle and obedient, Martha was a good homemaker (even if she did go a little overboard), Ruth was loyal, Esther was gorgeous and don’t even get me started on the Proverbs 31 woman- she did it all! These women make up nearly all of the books, Bible studies, magazine articles and blog posts that have ever been written about how Christian women should behave. No one writes about the woman who drove a tent stake through a man’s temple and killed him. We are going to today!

After the death of Joshua, Israel was without a strong, central leader. According to Judges 21:25, “In those days there was no king in Israel, everyone did what was right in his own eyes.” You can imagine how well that worked out.

From time to time during this period (12 times exactly) God raised up Judges to lead the people. One of those judges was Deborah. The Bible tells us that Deborah was a prophetess. According to the Holman Bible Dictionary, that means exactly what we think it means, “a woman serving as God’s spokesperson.” In this case, Deborah was not only the spiritual and political leader, but the Spirit of God was so obviously on her that the military leader, Barak, wouldn’t even go into battle without her!

I don’t think that we should read too much into the fact that Deborah was a woman on either side. We don’t need to start burning our bras in her homage, but we also shouldn’t discount the fact that a woman was put in this role by God, as many have done. The Believer’s Bible Commentary, for example, warns: “God raised up a member of the weaker sex. It is not the norm for a woman to occupy such a place of spiritual authority…She should not be used as an example in the church today, since she is the exception and not the rule.”

One of my Bible school professors asserted that the only reason that God chose Deborah was because He couldn’t find an obedient man first. Millions of men and not one of them could be trusted to bring God’s Word to the people so God had to move to plan B. Both of these assertions are obviously ludicrous. If a woman in this position was inappropriate, God would not have put her there. Period. God used a woman because He has always used women to accomplish His will on earth. His choice may have been unconventional, but our God is full of surprises.

Then there is the second heroin of the story, Jael. This woman was a beast! Not only did she have the guts to kill a man, she had the physical strength to drive a tent stake through his temple with one blow- because there would be no re-do opportunity in this case. Jael’s decisive action and quick thinking allowed the Israelites to win this battle and eventually break free of their oppressive state.

After this victory Judges 5:1-2 says, “Then Deborah and Barak the son of Abinoam sang on that day, saying: ‘When leaders lead in Israel, when the people willingly offer themselves, bless the Lord!’” A willingness to offer yourself to the Lord, in whatever capacity that He asks you to, and to boldly take the chances that He puts in front of you, is the key to doing great things for God. You don’t have to worry if you are the right person for the job, if He has given you the job, it’s for you!