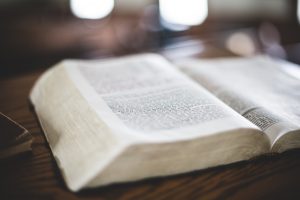 The Queen of Sheba is an exotic and mysterious character who has captured the imaginations of storytellers for thousands of years. An Ethiopian legend claims that after visiting Solomon she returned to her kingdom carrying his child, who later brought the Ark of the Covenant back to Ethiopia where it has been ever since. (Someone should have told Indiana Jones.) A Muslim legend claims that her legs were so hairy that they were like a goat, and a Jewish legend combines trickery, a glass of water and seduction.

What we can know for sure about the Queen is that she had tremendous wealth and power and she was a great seeker of truth. Because she had heard of the wisdom of Solomon, the Queen traveled countless miles (countless because no one knows for sure where Sheba was. Most scholars believe it was modern day Yemen or Ethiopia) in order to test him. As seekers of truth ourselves, we can learn from the Queen.

First, the Queen was not intimidated by Solomon’s wisdom. She knew that she had a right to wisdom herself and went to him knowing that she was smart enough to learn what he had to teach. We can do this too! We are intelligent people capable of studying concepts that stretch our thinking about God. When we study great spiritual thinkers such as C.S. Lewis, Charles Spurgeon, and A.W. Tozer we will be forced to really think about what we are reading. We may have to read the same passage several times in order to really understand it. It will take prayer and effort, but the end result will be priceless.

Second, there is value in seeking God in community. Charles Spurgeon said, “I suppose she was a woman of intelligence and thoughtfulness, and therefore she sought the king who was on the same way of thinking. Birds of a feather flock together.” Consciously surrounding ourselves with people who know things that we do not know is just good practice. This is why being a part of a church body, small group, Bible study and/or Sunday school class is vital to our growth as Believers. Let’s not neglect it (Hebrews 10:25).

Finally, seeking spiritual wisdom is worth what we will have to give up in order to find it. Seeking the wisdom of Solomon cost the Queen of Sheba. She came to him with huge amounts of gold and other valuables. She brought so many exotic spices that we are told that Israel never again had such an abundance. But she did not leave empty-handed. First Kings tells us that Solomon gave her everything that she asked for.

Seeking wisdom will cost us too. We may not have time to keep up with the Kardashians, it may require long nights or early mornings, being part of church will force us into relationships which may get messy at times. Seek anyway. I promise that it will be worth every second. Hebrews 11:6 says that God Himself, “is a rewarder of those who diligently seek Him.”

The Queen of Sheba sought the wisdom of Solomon, but encountered the true and living God in the process. We are more blessed than she was because we can hold the very words of God in our own hands! How tragic it would be to have this tremendous resource and decide that there were more compelling ways to spend our time. In Matthew 12:42, Jesus said about the Queen of Sheba, “The queen of the South will rise up in judgment with this generation and condemn it, for she came to the ends of the earth to hear the wisdom of Solomon; and indeed a greater than Solomon is here.” Never before in history have average people had this much access to the knowledge of God. Let’s study it!

Previous StoryBetween the Crucifixion and the Resurrection: A Special Easter Message Next StoryGood Advice (1 Kings 12)