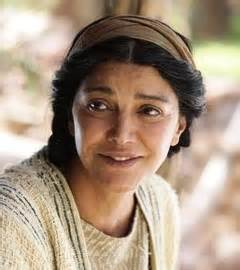 We snicker when we read about James and John’s mother kneeling in front of Jesus asking Him to honor her sons by allowing them to sit at Jesus’ right hand as He ruled His new kingdom. Maybe we snicker because it sits a little too close to home. We have foolishly sought honor that we haven’t earned ourselves.

Mrs. Zebedee wasn’t a bad person. She was a devoted mother and a follower of Jesus. Matthew 27:55-56 notes that she was one of the women who stayed at the cross to witness Jesus’ crucifixion.

In Luke 19:11, Luke tells us that the small band of followers of Jesus, James and John’s mother among them, believed that He was going to set-up His kingdom any day. Of course, they believed that Jesus would be overtaking the Roman government to establish a kingdom on earth. The Pillar New Testament Commentary suggests that they may believe that this was the very reason that Jesus was on His way to Jerusalem when this particular story took place.

If we know anything for sure about this woman, we know that she had great faith in Jesus. She believed in Him and His forthcoming kingdom so strongly that she was already planning how she wanted her sons to be a part of it, though there was nothing physically happening to prove that it was really happening. I think that’s inspirational, don’t you?

While Mrs. Zebedee was misguided in her approach, we should have the kind of faith that knows that God is active and plans to be a part of what God is doing in the world. That kind of faith makes God happy. In fact, without this kind of faith it is impossible to please God (Hebrews 11:6). If we lack faith, we should ask for it! If we have enough faith to ask for more faith, God will happily give us more faith.