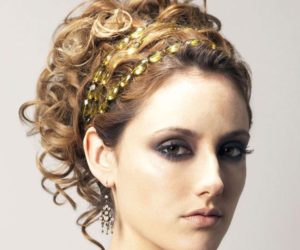 This election year many of us may wonder, does God actually care who our president is? Do the personal lives of our leaders really matter? According to our reading in Matthew 14 this week, the answer is, “YES”!

Matthew, Mark and Luke record a situation between Herod, Herodias and John the Baptist. In order to fully understand it, we are going to research some details that will make any soap opera on television look tame. Here goes.

According to the Baker Encyclopedia of the Bible, Herodias was the granddaughter of Herod the Great. While she was an infant, Herod the Great betrothed her to his brother, her uncle, Herod Philip. When she came of age, she was given to Herod Philip in marriage. They had a daughter named Salome.

Another of Herodias’s uncles, Herod Antipas, visited Herodias at her residence and became attracted to her. She agreed to leave her current husband/uncle in order to marry this uncle, but only if he agreed to divorce his current wife, the daughter of an Arabian king. (This was not because Herodias had a moral objection to polygamy. It was because she didn’t want to share a house with an Arab, who had been longtime foes of her family’s political dynasty.) Herod Antipas agreed.

The Arabian princess found out about the plot and escaped to her father. This eventually led to the Aretas’ war in which Herod Antipas was defeated in A.D. 36.

Just before this war, John the Baptist tried to warn Herod Antipas that his marriage to Herodias was sinful. John was horrified that their leader would behave in such a blatantly immoral way and knew that no good would come of it. He was right. Herod’s gross marital misconduct ended up plunging the nation into a war that they would eventually lose. Many people died because of something that started as a “personal matter” in the bedroom of their leader.

As we consider how this applies to the state of our own country, we should remember that integrity matters. Morals matter. This election is unprecedented. Both candidates are the least liked of presidential candidates ever. People have a sense that the moral character of both candidates are fatally flawed.

If you feel that way, I would encourage you to do this bold thing: pray. Do not think that who wins won’t matter. It will. Pray that God would reign in the soul of our next president, whatever that takes. Don’t just talk about praying, actually pray for miraculous intervention.

Previous StoryOut of His Mind (Matthew 12:46-50, Mary) Next StoryPlanning to be in on God’s Plan (Matthew 20–James and John’s Mother)