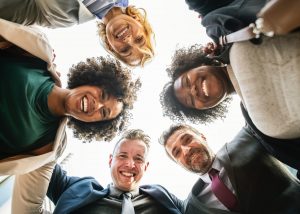 I watched a shocking interview between two famous television evangelists where the two of them were discussing the need that they had for fleets (yes, fleets) of private jets to get them from one ministry appointment to another.

I’m not at all opposed to ministries owning private jets if that is what is necessary for them to do the job that God has called them to. However, the reasons that these men gave for needing to fly in private jets was truly disturbing- they wanted to avoid people.

They explained that they couldn’t possibly remain in the presence of God between events if they were forced to ride in “metal tubes filled with demons” (an exact quote) like the rest of us. One of them complained that they were so famous that when they rode commercial people would sometimes come up to them and (gasp!) ask for prayer. They found these people distracting. Ministering to them “took a toll.” Staying away from people “protected their anointing.”

Getting alone with God from time to time is good practice- Jesus did it. However, if we are going to great expense and effort to not have to rub shoulders with common people, we are missing the point of being an image bearer of Christ. The book of Lamentations gives us a better example.

The prophet Jeremiah has long been associated with the book of Lamentations. Jeremiah wrote this as a “lament” for the people of Israel who had been taken captive. Interestingly enough, when Jerusalem was captured, the leader of the Babylonian army offered Jeremiah a pretty cushy deal. He could go with the military leader and live with him in his home comfortably for the rest of his life. In this way, Jeremiah could have chosen to avoid all manner of discomfort and the needy people associated with it. Jeremiah turned the offer down, choosing instead to remain with his people. He experienced all of their pain with them and continued to minister to them.

Because Jeremiah chose not to avoid people, his life had lasting impact. The words that he wrote continue to bear spiritual fruit thousands of years later. That’s a good lesson for us. People are messy, complicated and not always fun. Avoiding people will certainly make our lives less complicated. But if we do, we will miss our Divine calling, to make disciples of Jesus. We can’t lead people into thriving spiritual lives if we choose to avoid them at all cost. To Christ- people are the whole point.