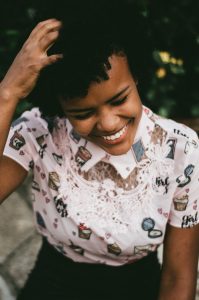 At a recent annual meeting of the American Heart Association, three hundred thousand doctors, nurses and researchers gathered to discuss, among other things, the importance that good diet plays in healthy hearts.

Interestingly, however, during the mealtimes, these heart experts consumed fat-filled fast food, such as bacon cheeseburgers and fries, at the same rate as people at other conventions. When asked if this wasn’t setting a bad example to the general public, one cardiologist set down his fries long enough to reply, “Not me; I took off my name tag.”

In the book of Second Kings, the Israelites made the mistake of believing that they could take off their: “God’s Chosen People” name tags, so to speak, and live however they wanted. It was a disaster! The Bible tells us, “They followed worthless idols and became worthless themselves, following the surrounding nations the Lord had commanded them not to imitate.” (2 Kings 17:15)

The truth is that neither of these approaches work.

When Israel tried to be hip and cool just like their neighbors, it didn’t bring their neighbors to salvation- it ruined them. On the other hand, the Pharisees in the New Testament had separated themselves so far from average people that Jesus told them: “Woe to you, scribes and Pharisees, hypocrites! You shut the door of the kingdom of heaven in people’s faces. For you don’t go in and you don’t allow those entering to go in.” (Matt. 23:15)

The way to be effective Christians is to be so full of the Spirit of God that it shows in our righteous, grace-filled lives. That means, like Jesus, some people will hate us. But others will be drawn to us and crave the relationship with God that we have. Most of all, it means that our own relationship with God will be healthy.