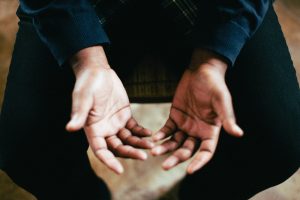 Yesterday, I met the most extraordinary woman named Leann. She and her husband (who is 90) have worked very hard over their lifetimes and have become quite wealthy. I suppose that she could have chocked their success up to their work ethic, their intelligence or good fortune. Instead she said, quite seriously, “When God entrusts you with this kind of money, it’s a heavy responsibility.”

Leann went on to talk about the various ministries and missionaries that her family has supported for many decades and of the work that they continue to do in ministry. She repeatedly talked about “investing” in the Kingdom of God. Leann and her husband sincerely live as though whatever resources come to them are really God’s. She took no credit for it whatsoever.

It’s too bad that Judah’s King Hezekiah didn’t feel the same way about his wealth.

When an envoy from Babylon came to visit King Hezekiah, he wanted to make sure that he impressed them. He showed them absolutely everything! In fact, he bragged to the prophet Isaiah that, “They have seen everything in my palace. There isn’t anything in my treasuries that I didn’t show them.” (2 Kings 20:15)

Not surprisingly, the envoy from Babylon went home plotting a way to steal Judah’s treasure. They eventually got it all.

King Hezekiah presumed that the wealth that he had amassed was about him. Though he was a mostly good king, Second Chronicles 32:35 says, “Hezekiah’s heart was proud.” He erroneously believed that Judah’s riches would bring him respect and security. He happily showed it off, not for a second realizing that it was his undoing.

Gary Inrig wrote; “One of the strange habits of the human heart is to feel proud about what we receive by grace. When the Lord does something special for us, we are tempted to believe it is about us, rather than about him.”

I want to be like Leann, don’t you? Whatever God entrusts to me, I want to invest in His Kingdom. I want to remember that it’s not mine anyway. It’s all His.