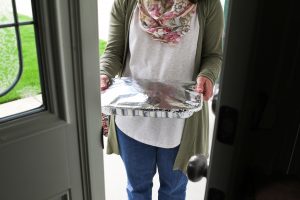 Spiritual leaders have a unique and solemn responsibility toward their community. The larger their platform, the greater their obligation. That is no less true today then it was in Bible times.

In the book of First Samuel, Samuel the prophet was a good and godly spiritual leader. However, all four of his sons were despicable individuals. The oldest two were so rotten that God allowed them to be killed and the second two were so bad that it caused the Israelite people to demand a king rather than allow themselves to be led by them when Samuel died. (1 Sam. 8)

Demanding a king turned out to be a huge mistake for the Israelites. Samuel tried to warn them. A king would tax them, take the best of their land, livestock and crops and, worst of all, a king would take their sons and daughters to be his slaves. It was all true, but the leadership of Samuel’s sons was so bad that it caused the people to make disastrous judgement calls. Poor leadership always does that.

Samuel’s sons saw their leadership, not as service to the people that God had entrusted them with, but as a way to personally get ahead. They indulged every personal whim with the power that their positions afforded them.

In modern terms, we might consider that what Samuel’s sons did was see their situation as a way to sell more books, get on TV, amass followers on social media, become politically connected and generally become rich and famous. That’s not what spiritual leadership is for and God will not stand for it.

God has certainly appointed certain people to have influence and to bless the church and their communities with their leadership. (1 Cor. 12:28) A few, like Samuel, will become powerful and famous. However, those leaders have to be chosen by God for those positions and not just seek them for themselves, as Samuel’s sons did.

True godly leaders will take their spiritual responsibility seriously. If they don’t, they will do more harm than good. To those God says; “Woe to the shepherds who are destroying and scattering the sheep of my pasture…I will bestow punishment on you for the evil you have done.” (Jer. 23:1-2)

If we have any spiritual influence, and we all do, let’s take our obligation seriously. The people that we serve (especially those we serve in our own homes) depend on it. These words of the apostle Paul should be our guide: “I urge you to live a life worthy of the calling you have received. Be completely humble and gentle; be patient, bearing with one another in love. Make every effort to keep the unity of the Spirit through the bond of peace.” (Eph. 4:1-2) Live a life worthy of your calling.