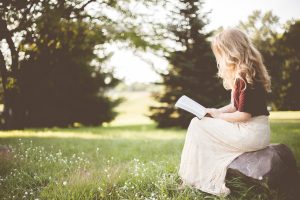 Read until the very end of the book of Esther and you might just say, “Wow! That is not the Veggie Tales version of that story!”

We tend to end the telling of Esther’s story with the triumphant moment when evil Haman is swinging from a gallows and Esther has saved her people. “On the day when the Jews’ enemies had hoped to overpower them, just the opposite happened.” (Esther 9:1) We love it!

The King’s edict to destroy the Jews could not be reversed. The best that Esther and Mordecai could do was add the ability of the Jews to defend themselves. On the day that the Jews were supposed to be obliterated, a battle still happened and it was bloody.

Interestingly enough, the Bible specifically tells us several times that even though the Jews defended themselves successfully against their enemies, they chose not to take any plunder. This indicates that the Jews realized that this battle was spiritual and it was a correction of an earlier battle where plunder was a problem.

You may remember that Haman was an Agagite, a direct descendent of Agag, king of the Amalekites. Many years earlier in 1 Samuel 15, Israel’s first king, Saul, was told to completely destroy the Amalekites, even down to their livestock. However, Saul chose not to completely destroy them and even kept some of the best of their herds. (He made an excuse later about keeping it for a sacrifice to the Lord, but that’s really like robbing your neighbor in order to pay your tithes.) He also allowed their king, Agag, to live. That sin had followed the Jews all the way to the time of Esther.

We might find ourselves in the same boat as the Jews at times: fighting somebody else’s battle. Maybe there is generational sin in your family, or you have been inserted into a community or church in the midst of turmoil that you didn’t have anything to do with.

If such a situation occurs, we can rest thankfully in the security that by fighting spiritual battles fairly and courageously, we will be successful. That kind of victory brings God glory.