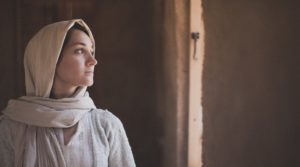 The scene in which Satan presents himself before God and told the Lord that he had been busy, “Going to and fro on the whole earth and from walking back and forth on it (Job 2:2)” is enough to wake us right up!

Satan is indeed active in our lives (just ask Job and his wife). This is why Peter warns us to, “Be sober and vigilant, because your adversary the devil walks around like a roaring lion, seeking whom he may devour (1 Peter 5:6).” He did his best to devour Job and his wife and if we aren’t paying attention, he will try to devour us too.

Twelve short words have given Job’s wife a sullied reputation, and that’s a shame. At the time that they were uttered, she was at the lowest point of her life. Her husband was in agony, they had lost everything that they owned, and worst of all, all of their children had died on the same day. The grief must have been excruciating! Before I dare judge her reaction to all of this, I had better ask myself if I would have done better in her shoes. I doubt it.

At some point into all of this, Job’s wife was ready to give up. She watched her husband, sitting in the ashes of their home, pitifully scraping himself with a broken piece of pottery, trying futilely to relieve some of his pain. It suddenly became too much for her. She told Job, “Curse God and die!” (Today we would call this mercy killing or euthanasia.) She probably wished that she could die herself.

If Job would have taken his wife’s advice, in that tiny moment, Satan would have won and Job and his wife would never have robbed themselves (and all of us) of the rest of the story. God was not done. In the end, He gave Job and his wife twice as much as they had in the beginning and ten more children. In the midst of their struggle, it was impossible for them to imagine that things would ever change. Then God changed everything.

If you find yourself in a struggle, don’t give up! Don’t quit your ministry unless God releases you. Don’t quit your marriage without Biblical grounds. Don’t quit your church without being sure that it is God’s will. Don’t quit! Give God the opportunity to change everything for your good and His glory. He is more active than you can imagine.

*NOTE: I was pregnant with a baby who was “incompatible with life.” I could have had an abortion, but wait until you read what God did! https://shatteredmagazine.net/my-baby-was-supposed-to-die/