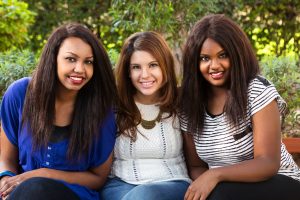 My very good friend and her spiritual mentor had a falling out. Things were said, feelings were hurt and I was in the middle trying to help them work it out. In the end, they walked away from their relationship. “I have to guard my heart,” the mentor explained. Do you know the feeling?

The apostle Paul was no stranger to personal conflict- Barnabas, Peter, Mark, several churches, the list goes on and on. These situations were, no doubt, extremely painful and may have made him want to give up on people altogether- or at least keep them at an emotionally safe distance. That’s not what Paul did.

Not long after the famous break-up with his good friend and ministry partner Barnabas, which was so dramatic that it left Barnabas sailing away in one direction and Paul in another, never to be reconciled as far as we know (Acts 15), Paul met a young man named Timothy.

In the wake of such hurtful circumstances it might surprise us that Paul was willing to give this young man a piece of his heart. That’s exactly what he did. In fact, Paul and Timothy became so close that the very last thing we have recorded in scripture from Paul before he was martyred is a letter to Timothy. In Philippians 2, Paul wrote that Timothy had become like his own son and that Paul had “no one like him.”

If Paul had become jaded and refused to put himself in a position of getting hurt another time, he would have missed out on a beautiful and mutually beneficial relationship. Timothy became much more than Paul’s friend, he was one of the people to whom Paul passed his spiritual torch. Timothy needed Paul as much as Paul needed Timothy. What a shame it would have been if Paul would have been unwilling to invest his heart.

When you and I experience conflict in our relationships that can’t be fixed, we have a choice to make. Will we protect our hearts right out of our next friendship? If we do, we will miss out on some of the most significant relationships that we will ever have. Who knows who God has put just around the corner in our lives? Let’s be soft enough to open our hearts to people, no matter what has happened in the past.