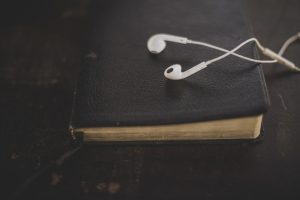 When I was in college, I took a Middle East anthropology class. In it, I met a young Muslim man and the two of us became study buddies. We had numerous spirited discussions about religion. He was convinced that the Christian Bible was full of errors and, at one point, even brought me a three-page printout, that he had found online, noting the supposed errors and contradictions found in our scriptures. (Interesting because according to Muslim tradition the Quran can only be read in Arabic and my friend spoke English exclusively. He couldn’t even read the scriptures from his own religion.)

As I pursued my friend’s list, it became clear that many of the “contradictions” on it were easily explained, not as scripture contradicting itself, but as different situational outcomes.

For example, in 1 Timothy 5, the apostle Paul made a list for his ministry protégé, Timothy, explaining the criteria for widows to become supported by Timothy’s church. In this list, Paul explained that young women should not be included on the official widow rolls because they would probably soon remarry.

However, you might remember that, in 1 Corinthians 7:40, Paul advised widows not to remarry. “But she is happier if she remains as she is,” he wrote. Now we might be confused. Does the Bible teach that widows must remarry or not?

On paper, these two verses might seem to be in conflict. The truth is, they aren’t. Whether a widow should remarry or not depends on the will of God in each widow’s situation and the Bible gives room for both such outcomes as valid.

There are plenty of teachings in scripture which are absolutely not negotiable or flexible. However, there are some subjects that take the situation into context. The answer to lists like the one my friend brought me is to dig into the entirety of the Bible and know the difference.