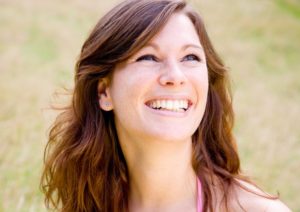 I read a lot about marriage from a Christian perspective. Books, articles, blog posts…I read them all. Nearly all advice to wives boils down to this- respect and submit, submit, submit to your husband and God will make your marriage a magical fairy tale. Ironically, I have never heard any teaching on marriage use Abigail as an example of a Godly wife, have you?

Abigail doesn’t fit our mental image of the Proverbs 31 wife and it makes marriage teachers shift uncomfortably in their seats. What do you do with a wife who goes behind her husband’s back and publically calls him a “fool”? And then, instead of striking her dead for her lack of respect and submission to her husband, the Bible praises her intelligence, beauty, courage, tact and Godly advice to David (gasp) and strikes her husband dead instead! (Somewhere the author of Love and Respect is breaking out in a cold sweat.)

When Abigail’s husband, Nabal, was given the opportunity to pay back the good that his kinsmen David had done to him by providing he and his men with food that he certainly could have afforded, he instead heaped insults on David and his men. His short speech includes eight references to “I” or “my”, proving that Nabal was not only foolish, but was a self-centered egomaniac.

A servant who overheard the conversation instantly realized that this was disastrous and knew exactly what to do. He ran to Abigail and told her the entire story. She sprang into action so swiftly that we have to believe that she had put out many a fire set by her husband. Abigail was not about to be a victim. Her quick thinking and wise and humble response softened David’s heart and saved the lives of every man in her household, including her ungrateful husband.

Abigail’s story shows that God is a God of balance and He expects us to use our good sense. Obviously, we should treat all people- especially our husbands- with respect, and in order to keep peace in our homes, there will be many times when submission is the only answer. However, we are not expected to allow anyone to destroy our family. If there is drug or alcohol addiction, illegal or unethical activity, abuse, or anything else that is going to damage or destroy our homes we must intervene in a wise manner. This does not necessarily mean that we run straight to divorce court, it does mean that we protect and defend our ourselves and our children from the consequences of sinful behavior as Abigail did.

Abigail also had some other advice for us. (It was actually for David, but since we are listening in on her conversation anyway we might as well glean from her wisdom.) When David was furious enough to massacre every man in a large household, Abigail reminded him to consider the big picture. He was going to be king. God was using him to accomplish His purpose in Israel. Did he really want to ascend to the throne with murder hanging over his head? Instead of seeking revenge, shouldn’t he let God take care of that?

Abigail was right, of course. While we probably won’t be tempted to murder anyone, when we get tempted to respond to a nasty email with an equally nasty one we should STOP and remember what Paul wrote in Romans 12:18. “Beloved, do not avenge yourselves, but rather give place to wrath; for it is written, ‘Vengeance is Mine, I will repay,’ says the Lord.” Nabal could attest to God’s wrath. Let the Lord take vengeance off your plate, you’re a busy lady!