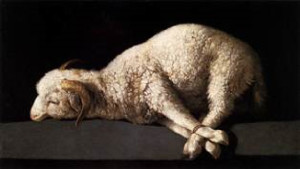 This week we watched the promised son, Isaac, go from his baby shower to his engagement. That was quick! The only story that we read in between those two events is Abraham’s test of faith when asked by God to sacrifice his son. Though Sarah was not mentioned in that particular narrative, I included it in our reading plan because nothing effects mothers more than what happens to our children. In all fairness, we have to consider her perspective.

On its face, the story of Abraham being willing to kill his son is mortifying! The fact that God instructed him to do it is very confusing. Leviticus 18:21 specifically forbids child sacrifice. At no other time in scripture do we find God asking such a horrific thing of anyone. So, what really went on here?

First, we should not think of Isaac as a young child when this story occurred. Scholars almost unanimously believe that Isaac was at least 20 years old- possibly up to his early 30’s. Of course, that means that Isaac went willingly. As a young man, there would have been no possible way that his very elderly father could have physically overpowered him and sacrificed him by force.

This story had two purposes. One was to test Abraham’s faith, the other was to strengthen ours. In many ways, Isaac points us to Jesus- as God intended. This entire situation was carefully orchestrated by God to point the Jewish people (and the rest of us), who would always have this story in their heritage, to the Messiah Jesus so that when He arrived on earth His people would recognize Him. Here are some of the highlights.

Isaac was Abraham’s son, through whom God promised to bless all the nations of the earth (Gen. 18:18). Jesus is the promised One who blesses the whole earth (Gal. 3:16).

Both Jesus and Isaac obeyed their father’s to the point of death. I have no idea what happened in Isaac’s mind that allowed his obedience to go this far, but something did. Just like Jesus, he was a willing sacrifice.

Both Jesus and Isaac were raised from the dead; one figuratively, one physically.

Hebrews 11:17-19 says, “By faith, Abraham, when he was tested, offered up Isaac, and he who had received the promises offered up his only begotten son, of whom it was said, ‘In Isaac your seed shall be called’, concluding that God was able to raise him up, even from the dead, from which he also received him in a figurative sense.”

At this point in his long journey with God, Abraham believed firmly that God could do anything. He knew that Isaac would father a great nation, God had said that he would. For Abraham it was as good as done. He even believed that God would raise Isaac from the dead if necessary. That takes a tremendous amount of faith, considering that as far as we know, this had never happened before.

Sarah and Abraham made a lot of mistakes in life- just like us. But when it came to raising a son who believed God and loved Him enough to trust Him with his whole life (literally!) they knocked it out of the park. Parents, that should be great news for us! God is very gracious. Living for God in front of our children (even in our mistakes) really matters. Our children don’t need us to be perfect, they need us to lead them to Jesus.

(For those who have missed any of the previous lessons, you can go to http://www.comethirstyministry.com/blog/ and view all previous postings.)