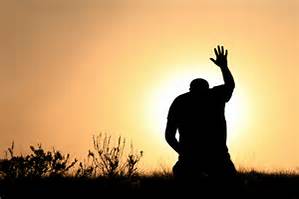 Lot’s wife and daughters have an interesting story; don’t they? But more than just being a little bazaar, their story demonstrates two very essential facts.

First, one righteous person’s prayers truly are powerful and effective (James 5:16). When the Lord told Abraham that He was going to destroy Sodom and Gomorrah because of their extreme wickedness, Abraham’s first thought was understandably for the safety of his nephew Lot and Lot’s family who lived in Sodom. He began to intercede for his nephew and God listened to Abraham! God finally agreed that He would not destroy the city if only ten righteous people could be found there.

God was willing to show mercy on an entire city based solely on the prayers of one man who cared enough to ask. How many times, I wonder, are our prayers the one thing that is holding back God’s hand of judgment in our families, our communities, our nation and world? Ezekiel 22:30 tells us that when we pray for mercy on behalf of our communities, God is pleased! It says that God is actually looking for people who will stand in the gap in prayer. You and I should be those people. Why did Abraham stop praying once God had agreed to ten? Many scholars believe that Lot had more than just the two daughters who were mentioned in the story. Ten must have been the number of Lot’s entire family, which may have included some daughters who were married and their husbands. He had the whole of Lot’s family in mind as he prayed. Verse 14 says, “So Lot went out and spoke to his sons-in-law, who had married his daughters”, which seems to point to this theory.

Second, the story of Lot’s wife and daughters teaches us something about living in proximity to sin. Back in Genesis 13, Lot was given an option of where he wanted to live and raise his children. He chose to live in Sodom. Sodom’s reputation for wickedness did not spring up overnight. The first mention of Sodom notes that the men of Sodom, “were exceedingly wicked and sinful against the Lord” (Genesis 13:13).

Lot may have justified his choice by saying, “but I will never allow myself to be affected by this! I’ll never let this go too far!” Next thing you know he is offering his virgin daughters to be gang-raped by a rowdy group of men, some of his family were killed when his city was destroyed, everything he owned was burned to the ground, and his wife had become a pillar of salt. He never saw it coming.

It’s the same with us. How many times have we been in a situation and thought, “How did this happen?” Sometimes it is because of choices that we made long ago that didn’t seem so bad at the time. In order for you and I to avoid such disastrous circumstances, it is vital that we live in such close proximity to our Heavenly Father that we can hear His voice above all others. It will always be there. Isaiah 30:21 says, “Your ears shall hear a word behind you, saying, ‘This is the way, walk in it.’”