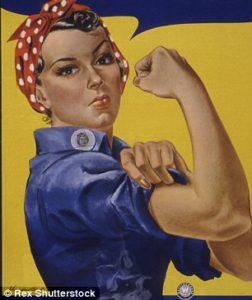 When Nehemiah left his post in the palace of Artaxerxes to rebuild the wall around Jerusalem after the exile, he knew that things in Israel were bad. The wall was broken down and burnt. The small number of people who had made the dangerous journey from Persia back home were living in extreme poverty and hadn’t made much progress repairing the city. After hearing a report from his brother about the conditions that the people of God were living in, he also knew that he couldn’t live with himself if he didn’t do what he could to fix the problem.

Nehemiah reminds me of people that I know of who have comfortable, pleasant lives and then go on a mission trip, or meet a homeless person, or learn about the foster care system and are wrecked forever with enough God-given compassion for needy people that they literally could not go on without doing something to help them.

When Nehemiah finally saw the wall, it was so bad that he actually went out at night to get a better look. God had called him to rebuild the wall, but he knew that he would have to have a solid plan in place before he announced his intentions, or he would have been laughed out of the city!

Nehemiah was a person of great vision. He prayed continually and came up with a plan. He wouldn’t remind people of the enormity of the wall. It was too big! He broke the job into manageable pieces. He encouraged people to repair the part of the wall that was behind their own house.

Everyone had something that they could do. The bible even notes that some of the women (Shallum’s daughters) picked up their bucket of plaster and got to work on their own section of the wall. Others repaired gates and hung doors. Soon, neighbors’ sections began coming together until eventually the entire wall was fixed!

I wonder if you are like Nehemiah. Has God given you a calling that is so big that it scares you? Don’t let your fear paralyze you into doing nothing. Don’t let the fact that there are 5 million orphans in the world stop you from adopting one. Don’t let the enormous homeless population in your city keep you from serving meals once a week. Pray. Study the problem. Pray again. Then start where Shallum’s daughter’s started- with what’s right in front of you.