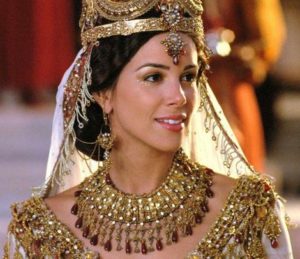 Many note that the name of God is not written in the book of Esther. However, we will find that God is so involved in every tiny detail of the story that it would be impossible to forget Him for even a moment. I can’t wait to study it with you!

The first chapter of Esther begins with a great party thrown by King Xerxes of Persia. King Xerxes was the son of King Darius the Mede and nearly all historians believe that this was the same King Darius who threw Daniel into the Lion’s Den in the book of Daniel.

Furthermore, Xerxes’ mother was Atrossa, the princess daughter of Cyrus the Great. The biblical account of King Cyrus can be found in the book of Ezra when he allowed the captive Jews to leave their captivity and go back to Israel. However, Cyrus’s story really began when the prophet Isaiah prophesied that he would do exactly what he did for the Jews and even used his very name. That might not seem like a big deal until we realize that it was 150 years before Cyrus was born that God said that a king named Cyrus would do exactly what Cyrus did (Isaiah 44:24-28). Is that wild, or what?!?

Esther tells us that King Xerxes’ party lasted for 180 days. Can you imagine? I’m worn out from throwing birthday parties for my kids four times a year! Historians tell us that Xerxes was hosting such an extravagant affair because he wanted the country of Greece. At this point in his political career Greece was the only part of the known world that wasn’t under his control and this festival was to “Inspire Persians with confidence and preparation for the massive- and ultimately disastrous- military campaign against Greece…which began in the same year as the banquet (483 B.C.) (McConville, 156).”

Esther chapter one goes into great description of the culminating last seven days of the festival. For this part of the celebration, the king invited everyone in the capital city of Susa, from the least to the greatest, to gather in his royal gardens. The decorations described were beyond stunning. According to Jewish tradition, the marble pillars described in verse six were the ones that Nebuchadnezzar carried off from Solomon’s temple in Jerusalem. Each of the gold goblets used for serving the people was unique and the wine flowed freely. (All the glasses in my kitchen are “unique” also, but not for the same reason.) “The drinking was according to the rule: let there be no restraining (v.8).”

King Xerxes held nothing back, including his wife. On the seventh day when everyone was good and drunk, he ordered his queen to appear before this group of inebriated men wearing only her crown (New American Commentary). Queen Vashti refused. She was certainly in the right, but it cost her the crown and possibly her life (the Bible only records that the queen was banished, however, customarily she would have been killed as well). It wasn’t fair, but it was the opening that God used to put his chosen daughter on the throne- long before she would ever know why.

In John 13:7, Jesus told his followers, “You do not realize now what I am doing, but later you will understand.” If you just read the first few chapters of the book of Esther, it wouldn’t make any sense! Tragedy strikes. Injustice it done. Things aren’t fair. The unthinkable nearly happens. By the time we get to the end, we will be saying; “Only God could do it!”

Friend, if you are in a season of life that doesn’t make sense, if you can’t understand why things are happening the way they are, remember this: it’s not the end of your story. God is active, whether we see it or not. Don’t lose hope. Let your hope in Jesus be an anchor for your soul (Hebrews 6:19).

Previous StoryWhat’s in Front of You? (Nehemiah 3–Shallum’s Daughters) Next StoryDon’t Miss Out (Esther 4–Esther)