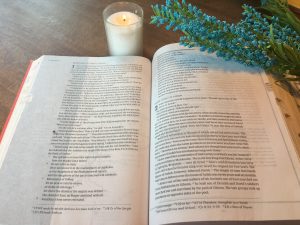 The book of Second Samuel in the Bible opens in a grisly way. The Israelites were in a losing battle to their enemy, the Philistines, and there were dead bodies strewn all over the battle field, including those belonging to Israel’s first king, his three sons and King Saul’s armor bearer.

Ordinarily, the death of an armor bearer in battle would be of little note, but this armor bearer was worthy of the mention. An armor bearer’s entire job in life was to protect, support and obey the king, no matter what. We have no reason to believe that this armor bearer had not been absolutely faithful to his master until the bitter end. That is, however, where the armor bearer found the limit to his obedience.

King Saul was mortally wounded and knew it. He begged his armor bearer to kill him and spare him the disgrace and pain that would certainly be his if the enemy were to find him in this particularly vulnerable state. His armor bearer refused to kill him. He would not have that guilt on his conscious.

King Saul eventually fell on his own sword and died, but then an interesting thing happened. Another man told this story to David. However, instead of telling the truth, this man bragged to David that he had killed the king. He assumed that David would be thrilled that his arch rival was dead, opening a pathway to Israel’s throne. David was not amused and had him killed.

This same type of thing happened in the New Testament as well. When Ananias and Saphira sold a piece of property and decided to give a portion of it to the church, they certainly made a commendable choice. However, that wasn’t enough for them. They bragged that they had given the entire amount to God. It cost them their lives as well.

We, like the messenger, Ananias and Saphira, may be tempted to stretch the truth about our own accomplishments. We may be tempted to give people the impression that we have done more impressive things than we actually have. As Christ followers, we must resist this urge. People will usually find out the truth, and when they do, it will harm our reputations as Christians. Being honest, even in the little things, will keep our integrity intact and will allow us to be good witnesses for Jesus.