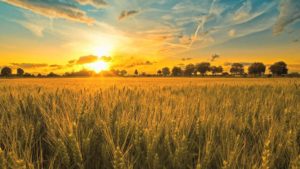 I often host a National Day of Prayer event at my house. Because the National Day of Prayer always falls on a Thursday, one year I decided to cook hotdogs and have a picnic before the event so that people who were getting off work in the evening would be able to pick-up their kids and come right over without worrying about cooking supper for their families.

Because my husband was going to be out-of-town for work that week, a couple of people from church offered to help me. One even promised to cook the hotdogs. I was thrilled! Until the night of the event when he failed to show up. As I scrambled to get the hotdogs on the Bar-b-que I realized that I really didn’t care how thoughtful it was of him to volunteer to help. It meant nothing unless he actually came and cooked my hotdogs!

In Matthew 21, Jesus told a parable about a man who had two sons. He told both of them to go work in his fields. One of them told him, “I will not!” but then changed his mind and went to work. The other said, “Of course I’ll go work!” but then didn’t.

Jesus asked a critical question, “Which of the two did what his father wanted?”

“The first,” the people answered.

As western thinkers, we read this story and say, “I really just want my kids to do what I say! Of course, the first kid did the right thing.” And we move on not really understanding what Jesus’ point was.

If we had the Middle Eastern view of Jesus’ listeners, we would have had an entirely different perspective. Jesus did not ask the people which of the children was better behaved. In their honor culture, ever person in the crowd understood that you do not disrespect your father. No matter what. They would rather that their child honor them by saying, “yes” to whatever they asked and then not actually follow through then to backtalk them but then eventually obey.

Jesus was telling the people something that would have made the entire audience gasp in unison. God did not care about their religious talk, if it didn’t match their behavior.

Jesus was speaking to an audience that was full of religious looking people. Every tiny aspect of their culture was based on their religion, but they were missing God entirely! Jesus then told them that if they didn’t fix their heart problem the tax-collectors and prostitutes who had repented would get into Heaven in front of them.