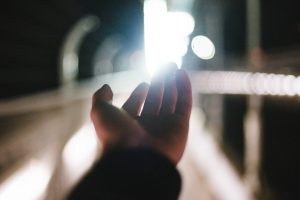 Some of the most tragic words uttered in all of scripture are found in Acts 26:28. In this section of Acts we find the Apostle Paul imprisoned and awaiting judgment by the Roman authorities. He was first questioned by Festus, the procurator of Judah, who could find no fault in him. Paul knew this and actually said to Festus, “To the Jews I have done no wrong, as you very well know” (Acts 25:10). (Emphasis mine.)

Festus, however, wanted to do the Jews a favor (vs. 9) and instead of releasing Paul from prison, waited until he could be questioned by Herod Agrippa and his sister/lover Bernice when they came to visit.

Even a cursory glance at the royal Roman families will likely cause stomach turning. Every kind of evil; murder, conspiracy and sexual deviance can be found with them. Bernice was the first daughter of Herod Agrippa I, who ruled from A.D. 38-45. According to Acts 12:1, Herod Agrippa I “harassed the church.”

Bernice has her own torrid story. She was first married to Marcus, then left him to marry her uncle, and was having an affair with her brother Agrippa when Paul met them. (She would go on to marry the king of Cilicia, then went back to her brother before becoming the mistress of Vesparsian and then his son Titus. Titus dumped her when he became the Emperor.)

Festus, Agrippa and Bernice listened intently to Paul. Two chapters of the book of Acts record the brilliant defense of the gospel that Paul brought to them. In the end, they huddled together and decided that he was certainly not guilty and Agrippa uttered the saddest words to Paul. “You almost persuaded me to become a Christian” (Acts 26:28).

Almost. That’s how close this powerful group of leaders came to salvation.

The story for all of them personally, and for all of history could have been radically changed forever if it wasn’t for that one little word- almost.

If you are a seeker of truth and are “almost” persuaded to follow Jesus, don’t put it off another day. Today is the day when everything can change for you! If you want to choose Jesus today, pray this prayer with me: “Jesus, I believe that you are the Savior of the world. I am a sinner, but I believe that You died and were resurrected to save me from my sin. I ask You to forgive me. I give you my life from now on.”