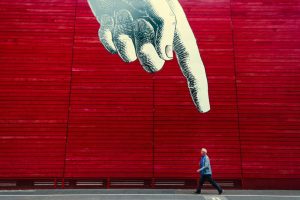 This morning I woke after tossing and turning much of the night because of some unsolicited “critiquing” of a parenting decision that I recently made. As I stood with my cup literally under the drip of the coffee maker, I was alerted to the fact that a ministry opportunity that I had pursued with everything that I had for the past several years was probably not going to happen. “You aren’t good enough!” screamed in my ears as salty tears threatened to squeeze out of my eyes.

I made my way to the rocking chair with my coffee to sit with my Bible and devotional. Just as quickly, my youngest child came to me sobbing that her brother had hurt her feelings. I told him that he had to use kind words to his sister. He told me he didn’t love me. “You aren’t a good enough mom,” is how it sounded to me.

As I was pulling the little one onto my lap to console her, she stopped howling long enough to demand; “Mommy! Why haven’t you shaved your legs yet?” Apparently, even my personal care is in question.

The constant dribble of criticism can drain even the strongest person.

In 2 Corinthians 10, the apostle Paul found it necessary to do something shocking. He had to defend his ministry.

However, in his day, Paul was only a leader among many leaders in the early church. And he wasn’t even the most charismatic or naturally talented. Paul’s preaching style wasn’t everybody’s cup of tea. (In his critics’ defense, he was known to preach all night long- Acts 20.) Some people were complaining that, in person, Paul was “timid” (2 Cor. 10:1).

Paul wasn’t being criticized for the content of his message or the work that he put into his ministry or the heart with which he served. He was being criticized because some people didn’t enjoy his style. This made me wonder, how often are we doing exactly the same thing? Are we picking people to death over things that don’t really matter that much?

When the opportunity to criticize comes, let’s ask ourselves if our concern is really valid, or just our preference. Think of all of the wisdom that Paul’s listeners missed out on because they didn’t like his style. What a shame!

You and I can do better. Proverbs 31:26 says; “She opens her mouth with wisdom and the teaching of kindness is on her tongue.” When we open our mouths to speak, let’s make sure that what we are saying is wise and kind.