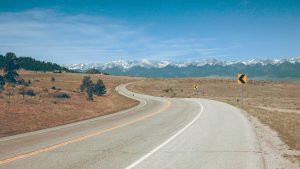 There is a fascinating story tucked into Acts 8 about a guy named Philip, and honestly, it’s so cool that it may just blow your mind!

First, this Philip was one of the seven extraordinary deacons listed in Acts 6. He was a Hellenist (a Greek-speaking Jew) and had a thriving ministry in Samaria. He was able to perform signs and wonders among the people. He also had four daughters who were prophets (Acts 21:9).

Philip’s ministry in Samaria was going great. People were coming to Christ, being baptized, and miracles were occurring. It was so huge that when the apostles in Jerusalem heard what was going on, they sent none other than Peter and John to go help him! They even stayed in his home.

Philip might have thought that it was strange, then, when God told him to stop what he was doing and go stand next to a road. Not just any road, but a road in the middle of nowhere! I can’t speak for Philip, but I wonder if I would be saying, “You know Lord, I’m very busy healing people, casting out evil spirits, I’m about to preach another sermon which I really need to prepare for and I need to go home and make sure that there are fresh sheets on the bed in the spare room in case an important apostle drops by and needs a place to stay the night. Standing next to a road in the desert does not seem like the best use of my time right now.”

No matter how bizarre this may have sounded to Philip, he obeyed and went and stood next to that road. It’s a good thing that he did. As it happened, a man from the court of the Queen of Ethiopia was passing through and Philip was able to explain the scriptures to him. The man chose to be baptized then and there.

At first glance, the math doesn’t seem to add up. Philip stopped ministering to the many, many people who were in his sphere of influence, to help one man find salvation. But this Ethiopian is thought to be the very first Christian on the continent of Africa. Not only that, but he was a prominent person! When he went back to his country, who knows what happened? It is possible that Philip’s obedience to go stand next to that road is what brought Christianity to Africa.

Imagine our obedience being used in that way! And it all happened because Philip stood next to a road when God told him too. May we be willing to stand next to our roads too.

*Portions of this lesson are from Alicia’s book, Elijah: Bold Obedience and a Still, Small Voice. For more information go to: https://comethirstyministry.com/book/