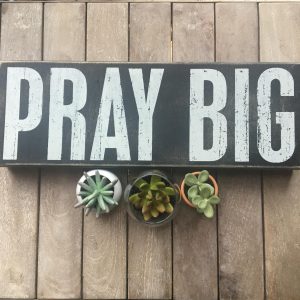 The Law of First Mentions is the theological term that describes when something monumental happens in the Bible for the very first time and each one is significant. The story of the Widow of Zarephath, found in First Kings 17, has two of them and they are huge.

First, when God sent the prophet Elijah to this widow, it was the first time ever that a minister of the gospel had been sent specifically to a gentile. During one of the neediest times in Israel’s history, God sent out the first foreign missionary.

Jesus referenced this event in Luke 4:25-26. “But I tell you truly, many widows were in Israel in the days of Elijah, when the heaven was shut up three years and six months, and there was a great famine throughout all the land; but to none of them was Elijah sent except to Zarephath, in the region of Sidon, to a woman who was a widow.”

Not only was the Widow of Zarephath a gentile, she was a woman and a widow. In her culture, she wasn’t even worth noticing. The Talmud records a daily prayer of rabbis which includes this line; “Thank you God that I was not born a slave, a gentile or a woman.” These were apparently the three worst life situations imaginable.

While society was comfortable ignoring this poor widow, and letting her and her son literally starve to death, God had His eye on her and sent one of His most important prophets to her just in time to save her life.

The second Law of First Mentions that we see in 1 Kings 17 happens after the widow’s son tragically became sick and died. Recognizing the horror that this was for the woman, Elijah did something that, as far as we know from scripture, had never been done before. He prayed for this child to come back to life. Can you imagine? There was nothing that could have pointed to Elijah that this was even physically possible, death is a pretty permanent situation. And yet, Elijah had the boldness to ask God to do the impossible. And God did it! He put that little boy back into his mother’s arms. (This would eventually happen nine times in scripture, but this is the first.)

There is a saying, “Prayer doesn’t change your situation, it changes you”. That is only half true. Prayer does change us! Communicating with Almighty God will make us humbler, wiser, and purer in our actions and thought. But prayer can also radically change our situation! Just ask the Widow of Zarephath. Don’t be afraid to pray big prayers and ask God to do impossible things.

Jesus said, “With men this is impossible, but with God all things are possible.” (Matthew 19:26) Is forgiving that person just too hard? Ask God to give you the capacity to forgive. Do you have a heart to adopt, but that adoption fee is way out of reach? Pray that God would provide the money. Nothing is too hard for the Lord! Pray and believe that He will do big things for His glory!