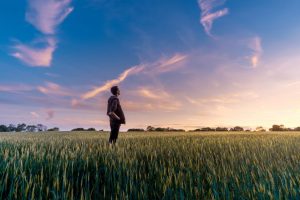 Do you have regrets? Most of us do. Those things that every time we think of them we wish: If only I had not made that decision in that moment- everything would be different.

David, from the Bible, had a reason for deep regret also. In a moment of desperation, he told a lie that inadvertently got 85 innocent men, plus their wives and children, murdered. (1 Samuel 21-22)

When David learned what had happened because of the seemingly inconsequential lie that he told, he must have been devastated, but there was no going back and un-telling his lie. The best that any of us can do in this type of situation is to do what David did.

First, David took responsibility for what he had done. One man escaped the massacre, and David confessed his copiability to him. Not only is taking responsibility for our sin the right thing to do, it helps the people that we have harmed heal. We must not fail to do this.

Second, David did what he could to make things right. David couldn’t save the murdered town, but he could help the one man who had escaped and he did. David urged the man to stay with his men and promised to protect him.

Finally, David took the situation to God. He realized that he couldn’t change what had happened, but he did ask for justice for the victims. Scholars believe that David wrote Psalms 52 and 109 as a response to this situation, and he did not hold back begging God to punish the one responsible for those many murders.

Regret is a reality. We are sinful people living in a broken world. If we don’t want to wallow in our regret, we should use David’s example here. We must take responsibility for our actions, do what we can to make the situation right and then ask God to fill the situation with His grace, healing and justice.