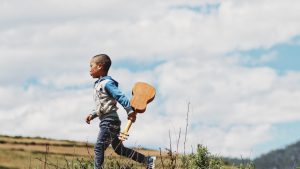 Perhaps like you, I am raising children on this polarizing, dangerous and sometimes terrifying planet.

Raising godly children with so much evil and chaos seems impossible and for some, not worth the risk. The good news is that it’s not impossible.

When Daniel, Hananiah, Mishael and Azariah, four of Israel’s best educated, best looking and most gifted young men were taken into Babylonian captivity, experts believe that they were only 14-16 years old. (My oldest child just turned 13, losing her to a foreign land forever is unthinkable.)

After they were ripped from their homes and families and drug across the desert to Babylon, these boys had their names forcibly changed by their new government. This was an unmistakable message to them that everything was different now. If they wanted things to go well for them, they had better realize that their old life and everything with it was gone forever. To survive, they had to become Babylonians.

Not only that, these teenage boys were then placed in the palace and given access to every indulgence imaginable. The temptations were nearly overwhelming. And yet, these young men did not cave.

After all that they had been through, with every excuse to turn their backs on God and turn toward Babylon, these four boys are held in scripture as some of the finest, faith-filled and faithful men ever recorded. That’s good raising right there.

We have to conclude that the parents of Daniel, Hananiah, Mishael and Azariah used the precious little time that they had with their sons praying over them, modeling an authentic relationship with God and showing their kids faith so powerful that it became irresistible to them.