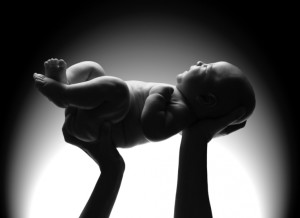 Last week we studied the Hebrew midwives who heroically spared the lives of baby boys after Pharaoh ordered them killed as they were being born. While Shiphrah and Puah certainly saved countless children, Pharaoh was not easily deterred in his genocidal quest to weaken the Jewish people. When his order to the midwives failed, he called upon the Egyptian people to kill the babies themselves (Exodus 1:22). Can you imagine? He asked neighbors to murder the babies of their neighbors. It is a sickening thought!

How those Jewish mothers must have suffered. We can imagine innocent baby boys ripped from their mother’s arms by people that they likely knew and hurled into the river to their death. Families were powerless to protect their own children and no one could be trusted. There is no consolation for a mother who has lost a child, but how much worse must it have been to have it happen in this way?

God was watching. When He called on Moses to deliver His people from this persecution He said, “I have surely seen the oppression of My people…for I know their sorrows (Exodus 3:7).”

According to the New American Commentary, those words translate, “I have carefully watched” and “I have paid very close attention to.” It is also worth noting that God calls the Jewish people “My people.” He was absolutely taking the murder of His innocent children and the suffering of their community very personally.

In the next sentence God declares, “I have come down to deliver them.” Moses had not even gone back to Egypt yet, but this is the moment that Pharaoh lost control of the Hebrew people. It was as good as done. God had come down.

Not only would God deliver His people, but He specifically gave the women something in return for their horrifying ordeal. In Exodus 3:22 God told Moses, “But every woman shall ask of her neighbor, namely, of her who dwells near her house, articles of silver, articles of gold and clothing; and you shall put them on your sons and daughters. So you shall plunder the Egyptians.” There is nothing that can make up for the loss of a baby, but God was not about to let the Egyptian people get away with what they had done. Those mothers would plunder the entire nation before they left.

Friend, no matter what has happened to you, your God see’s it all! He is watching you carefully and paying very close attention. Psalm 56:8 says, “Put my tears into Your bottle; Are they not in Your book?” Your tears are in God’s bottle and He is active in our circumstances. At some point He will come down and deliver you too.