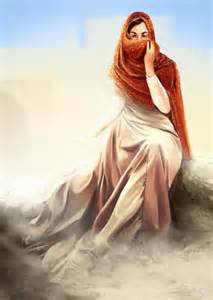 For Bible teachers like me, it would be so much simpler to teach if the Bible were full of Ruth’s, Esther’s, and Mary’s. Inconveniently, the Bible records real life. Sometimes real life is messy and complicated and unfair and always in desperate need of a Redeemer. Tamar’s story is certainly as complicated as they come.

To her credit, Tamar was a fighter. After the death of two husbands, which left her childless, she found herself in a horrifying situation. Widows were outcasts. If they were sent home after their husband’s death, as Tamar was, it was in disgrace. Without a child they had absolutely no security and no means of support in their old age. She had no value in her society and, indeed, was considered a burden to those around her. Tamar was desperate.

Tamar’s only hope was in her father-in-law’s promise to give her to his third son in marriage (as was his obligation) when he came of age. When it became clear that he was not going to fulfill his promise, and with her biological clock ticking like a time-bomb, Tamar sought her own justice. She created a bold and dangerous plan. She would dress as a prostitute, seduce Judah, become pregnant and force Judah to take her back into his household. What could possibly go wrong?

Everything had to be timed flawlessly. One wrong move meant sudden death. Every detail hinged on Judah taking Tamar’s bait. She knew his character, and wasn’t wrong.

She returned home- pregnant- and waited. A few months later Judah heard that his widowed daughter-in-law was with child. He must have done an inner fist-pump at the news! His obligation to Tamar always hung over him, and now was his chance to get rid of her. “Kill the harlot”, he declared self-righteously! And then, she dropped the mic.

“By the man to whom these belong, I am with child” as she produced the personal items that he had given the “prostitute” in pledge of payment. They belonged to Judah. Everybody knew it. Judah crumbled and took her in. Tamar not only got justice, but found herself in the line of King David and later Jesus Himself.

God takes justice seriously. Isaiah 61:8 says, “For I, the Lord, love justice.” Christians should be models of justice, and that often starts in our own homes. We should pay our bills on time, not cheat on our taxes, and treat people fairly and honestly. We should never push someone into doing something drastic to get what they rightly deserve from us. What we represent is worth too much.