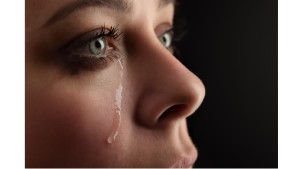 I’m typing with one hand today, as my other arm is filled with one of my children. As I hold her, it’s hard for me to imagine that if anything happened to her, I wouldn’t be tempted to react is just the same way that Levi and Simeon did in defense of their sister’s rape recorded in Genesis 34. Can you relate? Because this story has been interpreted in many different ways by commentators, we are going to go straight to the original Hebrew in order to make sure that we understand it correctly.

First, Dinah was very young at the time of this incident. After the rape, Schechem told his father to get him “yalda”- interpreted as “this girl”. Yalda actually means “child”. We also know that Dinah was not yet betrothed to a husband, as was the custom, or her brothers would not have been able to agree to marry her to Schechem. This reinforces the reality that she was a very young girl.

Second, this was an actual rape, and not just sex between two consenting, but unmarried, parties as some have suggested. Verse two says that Schechem, “saw her, he took her and lay with her and violated her”. That word “took” is “laqah” which means “seized”. He physically overpowered her and raped her.

When Schechem was done, verse three says that he “spoke kindly to her”. We might assume that Dinah was terrified and crying and that he was trying to comfort her. This merely records what happened, it does not justify Schechem’s actions!

Further we find that Schechem’s actions became known in the community. Dinah’s brother’s heard news of the scandal while they were out in the fields. Schechem would rightly understand that, once known, his shameful offense would result in retaliation from Dinah’s family and, in an attempt to avoid that retaliation, he told his father to quickly ask Jacob to let him marry Dinah.

When Dinah’s brothers heard what had happened to their sister, they were appropriately outraged! Any of us can understand that. Jacob’s nonresponse prompted them to take justice into their own hands and they did it with a vengeance! Not only did they kill Schechem and his father, “They took their sheep, their oxen, and their donkeys, what was in the city and what was in the field, all their wealth. All their little ones and their wives they took captive, and they plundered even all that was in the house” (vs. 28-29).

While Dinah’s situation certainly cried out for justice, and we understand and share her brother’s anger, we can also see that their response went way too far. God realized our tendency to go overboard when it comes to seeking justice for ourselves and those we love. In Exodus 21:23-25, He set some limits. “But if any harm follows, then you shall give a life for a life, eye for an eye, tooth for tooth, hand for hand, foot for foot, burn for burn, wound for wound, stripe for stripe.” (In Matthew Jesus clarifies that it is not a command to demand an eye for an eye, it is a limit. You can’t go further than an eye for an eye.) He knew that when a 10-year-old girl says something mean to my 10-year-old, I don’t just want to say something mean back, I want to physically harm her- and her mother! That’s not real justice.

Micha 6:8 tells us that our purpose on earth is to, “Do justice, love mercy and walk humbly with our God.” We must do justice when justice is needed- for Dinah it certainly was! We must, however, make sure that our justice is justice and not vengeance- which is God’s job! In Deuteronomy 32:35, God says, “Vengeance is Mine.” Let God do His job.
(For those who have missed any of the previous lessons, you can go to https://comethirstyministry.com/blog/ and view all previous postings.)

Previous StoryFollow Me as I Follow Christ (Genesis 31, Rachel & Leah) Next StoryDesperate for Justice (Genesis 38–Tamar)