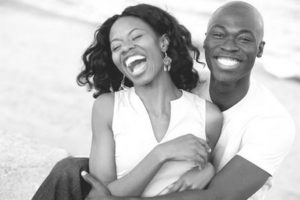 Priscilla and Aquila were a spiritual power couple. (Move over Brangelina- Hashtag: #Priquila!) This power couple is first mentioned in the book of Acts, but is found in six places and four different books of the New Testament, proof of their importance to the early church.

Priscilla and Aquila are one of the best examples in scripture of what God truly intends Christian married couples to be. Because in God’s eyes, if you are married then the two of you are a package deal. They were a true team working in tandem for the Lord. What they did, they did together.

Along with all of the Christians in Rome, they were expelled from the city under the emperor Claudius. In Romans 16:3-4, Paul names them both and calls them, “my co-workers in Christ Jesus” and acknowledges that, “they risked their lives for me.”
In Acts 18:18, we find the power couple traveling and working with Paul as missionaries.

In 1 Corinthians 16:19 they have settled down and have planted a church together in their own home.

In Acts 18:26 they took on the project of mentoring the great evangelist Apollos together.

It’s easy to believe that their lives were much more fulfilling and fruitful because they were working together, using their talents and gifts in their joint calling as followers of Christ. They were able to act as a team because they saw themselves as a team.

Let me let you in on a little secret. Satan knows that you and your spouse have the ability to be a spiritual super-couple too and he will do anything to stop that from happening. He will bring division, confusion, disappointment and conflict into your marriage with this one purpose: he wants to distract you from fulfilling your joint mission on this earth. Separate you may each be able to accomplish some things for God, but your power together is multiplied. When you see fiery darts being lodged at your marriage, it is not coincidental. It is a strategic, planned attack by the enemy. You don’t have to stand for it and neither do I.

If we want the kind of spiritually fruitful and fulfilling marriage that Priscilla and Aquila had, we should pray for it. And then take up the armor of God and fight for it- together.

Previous StoryNever Underestimate This Type of Women (Acts 16–Lydia and Her Friends) Next StoryThe Most Tragic Word in Scripture: Almost (Acts 25-26, Bernice)