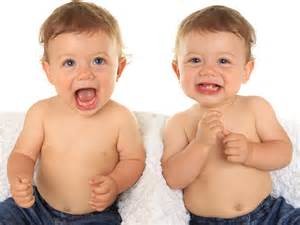 I loved feeling my babies move when I was pregnant! Our third child literally NEVER stopped. My husband and I would sit in church and watch her elbow and kick me. I thought it was amazing, he thought it looked like I was inhabited by an alien.

Rebekah’s twins were absolutely wild in the womb; so wild that she asked God, “Why is this happening?!?” They came into the world fighting and never really stopped.

Somewhere along the way, things changed in Rebekah and Isaac’s relationship as well. By the time the boys were grown and ready to receive their father’s blessing the couple had gone from being a team and praying about their problems, as they had early in their marriage, to being unable to communicate. When Rebekah believed that Isaac was about to choose the wrong son for a special blessing, instead of talking and praying about this with him, she had to manufacture a complicated and manipulative situation in order to get her way (Genesis 27). Maybe it was the pressures of parenting, but I believe that something else may have caused this dramatic change in Rebekah. (Of course, I have no way of knowing I’m just following the story in scripture.)

In Genesis 26, there was a famine and Isaac moved his household to greener pastures. Just like his father Abraham, in order to keep himself safe, he told people that Rebekah was his sister, instead of his wife. This was an even bigger lie than when Abraham tried it- twice. (Abraham’s lie was at least partly true- Sarah was his half-sister.) It was completely inexcusable, and Isaac should have known better, it exposed his wife to all kinds of danger.

I wonder if that lie, perpetuated for “a long time” (Genesis 26:8), hurt Rebekah so deeply that she never really recovered from it. Instead of believing that Isaac loved her enough to always have her back, she began to believe that he only had his own back. She may have stopped trusting him and his judgment and by the time he was going to give his paternal blessing to the wrong son, she would not stand for it.

When we lose faith in someone; a spouse, an employer, a pastor, we might be tempted, like Rebekah, to take things into our own hands. If they won’t do the right thing- we will make things work out the way we think they should. It’s dangerous to become manipulative. For Rebekah, this would cost her more than she ever imagined, and it will cost us also.

Instead, we should trust God to make things right. David did this very thing when running for his life from King Saul. Twice, scripture records, he had the opportunity to kill Saul and stop his madness. Others even urged him to do so! King Saul was evil, and David had been anointed king, after all. However, David refused to manufacture an outcome before God had put all of the pieces together. In the end, God made things right.

Proverbs 21:1 says, “The king’s heart is in the hand of the Lord, like the rivers of water; He turns it wherever He wishes.” Sometimes people aren’t trustworthy. The good news is; we don’t have to put our faith in them. We put our faith in God- who is absolutely trustworthy. If He can turn the heart of kings, He can turn any heart in your life too.