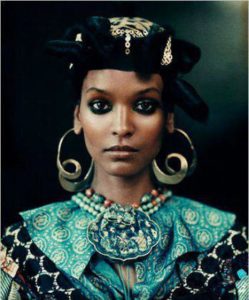 Sometimes it’s nearly impossible to understand what God is doing. Philip (whose story is found in Acts 8) must have been confused when one day an angel told him to go stand next to a road. It wasn’t that he didn’t want to please God, he was just a little busy doing a ton of ministry and standing next to a road may not have seemed like the best use of his time right then.

Philip was one of seven extraordinary deacons listed in Acts 6 who were said to be, “full of the Spirit and wisdom (vs 3).” He was a Hellenist (a Greek-speaking Jew) and had a thriving ministry in Samaria. He was able to perform signs and wonders among the people and his four daughters were prophets (Acts 21:9). Philip was such an influential leader in the church that the apostle Paul himself stayed at his home when he was in town! With all of this going on, Philip was told to go stand next to a particular road with no further instruction.

No matter how bazaar the request may have been, Philip obeyed. It’s a good thing he did. While standing next to the road Philip saw an Ethiopian who was laboring over the scriptures. Philip took the time to explain to the man what he was reading and the Ethiopian was so moved by what he read that he decided to get baptized on the spot!

The math might not add up for us (after all, Philip was asked to push pause on his ministry to multitudes of people in order to explain the scriptures to just one man) until we realize that this particular Ethiopian was “an important official in charge of all the treasury of Candace, queen of the Ethiopians (Acts 8:27).”

“Queen Candace” should be understood “Queen Mother”, rather than a proper name. “Candace” was the name of a dynasty of powerful queens in Africa, much like the title “Pharaoh” was used in Egypt. Many scholars believe that Queen Candace’s kingdom was in modern Sudan, rather than modern Ethiopia and that may be technically true. However, the modern Ethiopians claim this story as their own and have a long heritage of Christianity in their country. Christianity was actually declared the official religion of Ethiopia in 330 AD. (There is even a legend that the Arch of the Covenant is hidden in Ethiopia.)

It is entirely possible that this one Ethiopian man was actually the first convert to Christianity on the entire continent of Africa and that his influence brought salvation to many of his people. All because Philip obeyed and stood next to that road.

The next time that we are confused by our circumstances or by our calling, let’s remember this story. We may not understand what God is doing, and we don’t have to. We only have to obey. God only knows how our obedience will be used for His glory.

Previous Story“You Have Filled Jerusalem with Your Doctrine” (Acts 1-2: Mary and Women of Prayer) Next StoryNo Crisis Wasted (Acts 9–Tabatha)