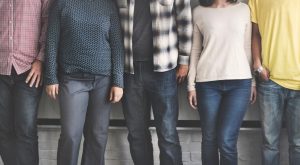 Several years ago, I happened to be watching an extremely popular daytime talk show. The panel was discussing religion. Most of the hosts had a general distaste for religion in general and Christianity specifically. Only one woman was there defending the faith.

As the other hosts ganged up on the Christian woman a bit, one of them said, “Don’t you think it is narrow-minded to believe that there is only one way to get to heaven? There are many religions in the world. Why would God exclude so many people from salvation by making it so difficult?”

The Christian woman gave a brilliant reply that I will never forget. “Christianity is the opposite of narrow. In fact, it is open to everyone! You have to do only one thing; believe that Jesus is the Messiah and live for Him.”

When Paul wrote his letter to the church in Rome, his basic message to the believers in that diverse city was just that. Jesus had come to save everyone, Jew and Gentile alike. According to commentary from the Cultural Study Bible:

The Jews in Rome had recently been expelled from the city, only to be allowed to return five years later. This had a severely negative impact on their economy and they were in need economically. Paul was bringing them an offering from Gentile churches. This was a clear sign that they were on the same side, serving the same God.

How beautiful it is that God truly longs that everyone come to faith in Him through His Son Jesus. As Peter noted: “I now realize how true it is that God does not show favoritism but accepts from every nation the one who fears Him and does what is right (Acts 10:35).”

Previous StoryThriving (Acts 27-28) Next StoryDoes the Bible Contradict Itself? (Romans 4)