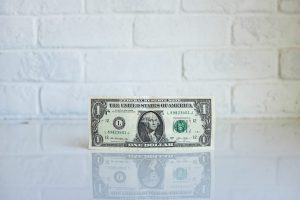 Peter Marshall was once the chaplain of the United States Senate. One day, a man came to Dr. Marshall with a concern about tithing. The man explained that he had been practicing the discipline of tithing for some time. It wasn’t too hard, the man said, when he was only making $20,000 a year. He could afford to tithe $2,000 a year.

Dr. Marshall understood the problem and asked the man if they could pray about it. When the man agreed, Dr. Marshall bowed his head and prayed: “Dear Lord, this man has a problem, and I pray that you would help him. Please reduce his salary back to a place where he can afford to tithe.”

We might chuckle a bit at the absurdity of the man’s dilemma. However, the truth is that when we give to God, it is going to cost us something. It might cost us money, but it might also cost our time, our effort, our energy, our hearts.

King David understood this important principle. Second Samuel 24 records a time when Israel was being punished. David prayed that God would have mercy and when He did, David wisely decided to build an alter to the Lord at the exact location where God intervened. Unfortunately, that exact location was owned by another person.

The man who owned the field that King David wanted to build an alter on was named Araunah and he graciously offered to give the field to the King. David replied, “No, I insist on paying you for it. I will not sacrifice to the Lord my God burnt offerings that cost me nothing.” (2 Sam. 24:24)

When we give something up to God, we should give thanks that we have something to give. All good things come from God and are ultimately His. Having the opportunity to give them back to God is an honor.