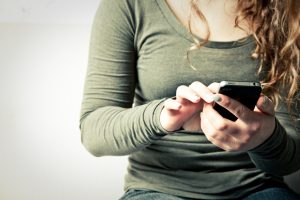 Last year, a very powerful, well-known ministry professional tweeted something that, in my opinion, was at best tacky and at worst utterly offensive. I told him so. Of course, his many followers leaped to his defense and it became a huge thing in my Twitter feed.

When I told my friend about it, he laughed and said, “Alicia, you know better than that!”

The truth is, I did know better. I know that no good ever comes from arguing with people on social media, even if you are right. I almost never do it. I wish that I had summoned my self-control and avoided it in this case!

“If you only knew how many times I don’t reply to tacky and offensive things on Twitter, you would give me some credit!” I joked with my friend.

When King David was at one of the lowest points in his reign (his own son was trying to steal his throne and David was fleeing from him), one of the king’s critics began cursing and throwing rocks at him as he was making his way to safety. Can you imagine?

The king’s men wanted to kill the offensive man then and there, and David certainly had the power to do it. However, David chose to ignore the personal offense and keep walking. What a lesson that is for us.

Ignoring the offense allowed David to do two things. First, it kept the situation from escalating. Had he killed the awful man, that person’s family may have retaliated, which could have started a mess. David wisely avoided the whole thing.

Second, ignoring the offending man allowed David to stay focused on what he really needed to be doing right then- fleeing from his son and keeping himself and the entourage with him alive. I don’t know about you, but I can become so distracted by what other people are saying and doing that I forget about what God has called me to do. (Distraction is one of the devil’s most effective tools.)

David made a wise choice when he decided to ignore his offending critic. I’m trying to learn this lesson from him. You and I will find that giving up our right to retaliation will often allow us to live more focused, peaceful lives that will ultimately be more spiritually effective. Let’s do more ignoring.