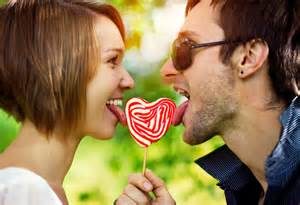 In Proverbs five, six and seven, Solomon counsels his children that in marriage, the grass isn’t greener on the other side, it’s green where its watered.

Problems in marriage are by far the most prevalent difficulties that I encounter in women’s ministry. You and I who have been married for more than two weeks have undoubtedly not escaped our own moments (or years) of challenges that became so bad or went on for so long that we became vulnerable to temptation, if only in our minds.

Solomon warns that the action of becoming unfaithful in our marriages actually starts in our minds. In chapter five he tells his son to, “remove your way far from her (the woman who might tempt him- me), and do not go near the front door of her house (vs. 7-8).” In other words, we need to purposefully avoid situations where our minds might start justifying inappropriate behavior.

If you are like me, you might be saying right now, “But I would NEVER cheat!” I can assure you that no one whom I have ever counseled in these situations ever meant to cheat at the very beginning. For women, it was almost always that they were lonely in their marriage and someone gave them a little attention. One thing led to another.

It never turns out well, Solomon notes that the one whose heart turns from his (or her) spouse to another, “did not know that it would cost his life (Prov. 7:23).”

Satan would love to destroy your marriage. Ruined marriages (and I don’t just mean the ones that end in divorce) mean hurt. Hurt spouses, hurt children, damaged ministries. God has a better way!

“Let your fountain always be blessed, and rejoice with the wife of your youth…and always be enraptured with her love (Prov. 5:18-19).”