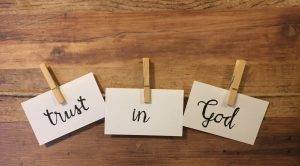 There’s an interesting side story in the book of Genesis where Abraham and Sarah really dodged a bullet, so to speak. And the thing is, at the time they probably had no idea.

When Abraham and Sarah set out from their home in Ur to follow God, they took their nephew Lot with them. Particularly since they had no children of their own at the time, Lot must have felt like a son to them.

When it came time for them to split up, Abraham told Lot that he could choose which section of land he would settle and Abraham would take what was left. In the honor culture of the ancient near east, Lot should have honored his uncle by allowing him to choose the most desirable land. That’s not what Lot did. Lot chose the choicest land.

It’s hard to imagine that Abraham and Sarah weren’t devastated at this obvious demonstration of disrespect. I wonder if they lay sleepless in their beds at night wondering why their beloved nephew had treated them this way, where had they gone wrong? After all that they had done for Lot, they didn’t deserve this! It was probably a very hurtful experience for the couple.

However, this thing that must have been so confusing and painful was really God’s divine protection.

While Abraham and Sarah continued to prosper and follow God, Lot’s choice turned out to be disastrous. At one point his entire family was kidnapped and Abraham had to come to his rescue, the city that they inhabited was so evil that God destroyed it and Lot lost all of his worldly possessions and his wife. He ended up living in a cave that was so remote that his daughters did not believe that they would ever see another man whom they could marry.

God protected Abraham and Sarah from all of this, and they didn’t even realize it at the time.

What a reminder to us to trust God in all of our circumstances, even the hurtful and confusing ones. We have no idea what our disappointments might be saving us from.