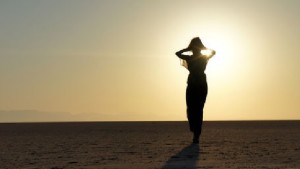 We’ve entered some complicated terrain in our scripture study. Most of us have likely always assumed that the vilest betrayal from our spouse would be to have them be unfaithful to us. However, as I was reading our scriptures this week, it struck me that an even worse betrayal would be to have your spouse devise a plan that would lead you into another man’s haram, where you would spend the rest of your life, and where you would almost assuredly be raped any number of times.

Just to save his own skin.

This is what happened to our friend Sarah (Genesis 12 and 20). So much for Abraham being her knight in shining armor!

It’s true that sometimes the people who should be our chief protectors fail us, as Abraham failed Sarah. But God’s promises trump human weakness (and even other people’s sin against us). God swore that Abraham would be the father of many nations, and that promise was made in the context of Sarah being Abraham’s wife. Both times that Abraham hatched the exact same scheme in order to save himself, God miraculously intervened on Sarah’s behalf. Not for Abraham’s sake (the man clearly did not deserve it) but, “because of Sarai” (Gen. 12:17).

Abraham would have children with women other than Sarah (Hagar- Genesis 16, Keturah- Genesis 25 and an unnumbered amount of concubines- Genesis 25). However, God’s assurance of a great nation that would bless the whole earth (Genesis 12:3) was for Abraham and Sarah as a married couple, and Sarah was not replaceable. Sarah could not receive her part of God’s promise from the haram of another man, so God rescued her and kept His whole promise to them both.

If you find yourself on the receiving end of someone else’s bad choices, remember that God has promises for you too. He has pledged to never leave you or forsake you (Hebrews 13:5), even if other people do. And, just like Sarah, you are, “Created in Christ Jesus for good works, which God prepared in advance for us to do (Ephesians 20:10)”. No one else can breakdown God’s plan for you. People may treat us badly, they may make appalling, selfish choices that wound us deeply, but they can’t take away anything that God has given us. If we let God do His work in us, one day we will be able to look at those people and say, “But as for you, you meant evil against me; but God meant it for good, in order to bring it about as it is this day” (Genesis 50:20).

Previous StoryTwo-by-Two: Noah’s Wife and Daughters in Law (Genesis 8 and 9) Next StoryThe God Who Sees—Hagar (Genesis 16)